I don't know why I can't get online at Brainwash sometimes.  I really wanted to get Charlie and the Hot Chocolate Kids posted tonight.  I don't really know what to write.  I feel numb.  Life just got kinda harder I think.  I've been praying for God's will.  In some ways I know this is.  Even the comedians seem to know what's going on when I walked in the door.

At least I don't want to shoot up tonight.  I'm surprised.  It'd be a good way to escape reality.  I don't have a song for this one.  I don't have words for this one.  I trust in God.  I can see a silver lining.  I messed up a lot in our life.  It's all meant to be.  I do know I'll be fine.  You'll never know God is all you need until God is all you have.  I just thought of a song for this blog.

I give up on the internet connection.  I need to run.  I don't feel like seeing everyone at CityTeam.

Someone here just helped me get connected.  Back to the original plan.  Type!

5-23-12
Type is what I did.  I just posted Charlie and the Hot Chocolate Kids.  I'm glad I did.  It took me a long time to write.  A few days ago, I was going to write a blog called, Friend of the Devil.  It's also a Grateful Dead song.  Susan and I ran into him the other day.  He looked good.  He said I looked good.  He said I helped him.  He was actually just a man who had lived a life very similar to mine and tried to help me not follow in his footsteps.  He once told me we were evil.  He told me he was the devil one night - the night I ran to Palo Alto.  He might have been that night.  I was to take his place in hell so he could get out - eons from now!

He was waiting for me outside of brainwash last night.  He had exactly what I used to want.  Especially at times when I used to not want to face reality.  It was no accident he was there.  I was having a really hard time.  On my way back to CityTeam, there were dozens of syringes scattered all over my path.  Still, using was the last thing on my mind.  In fact, I need to stay clean now more than ever.  I don't want to worry Susan.  She has enough going on in her life.  All of my insanity led her to this point in her life.  I have been praying for her a lot.

I was thinking about the time years ago when Susan I went to Yosemite for the first time together.  I wasn't even really a photographer yet, but I liked to take photos.  I was starting to sense something was going on.  I was clean and really beginning to search.

Not long before I had gotten clean for a short time, I was using a lot of meth out by the Ocean and was beginning to believe that the contrails in the sky had something to do with what I believed was going on.  As I looked up to take a photo I saw a contrail in the sky that was connecting perfectly with Yosemite falls.  I took the photo and sent it to my stepmother.  In her reply, she told me she was going to divorce my dad. 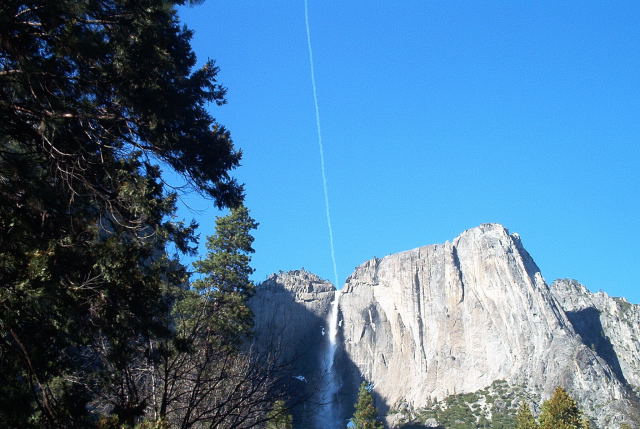 I  ended up going home to help , but ended up helping kick him out.  I felt awful, but I had to.  I begged him to get help.  He said he would if I did.  I was actually clean.  After all of that transpired those two trips, I wouldn't remain that way.  I knew one of us would die.  He did.  Months later I got pistol whipped and after that I started writing.  It wasn't long until I wrote a blog called Contrails.

While at a lake today in the Sierra Nevada mountains, Rudy, the man who threatened to kick my ass a while back, said, "Dave, take a picture of that."  We're actually pretty good friends now. 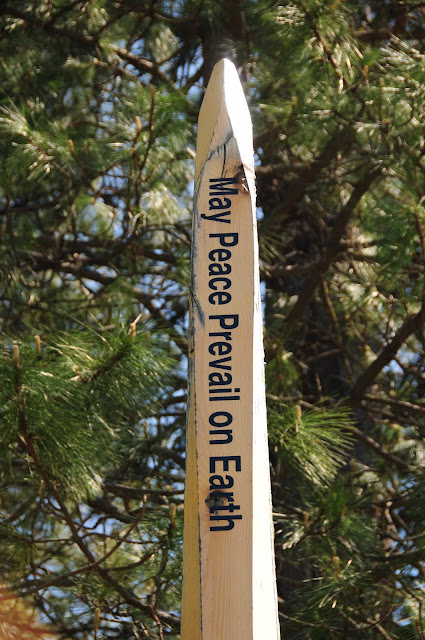 Hefe Grande was with us, and one of the other guys said, "It's also in Spanish."  I went to get a good angle and got this 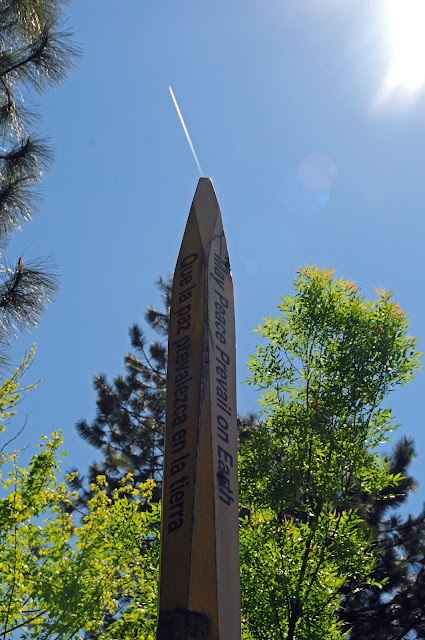 Expressing my feelings at CityTeam has not always worked in my favor.  The guys here are pretty cool, but some at CityTeam can be less than supportive.  Some however, can.  The other night, after coming back from Brainwash, the guys could see on my face something was wrong.  They wanted to know what was wrong.  I wouldn't say.  Sam Malone said, "We love you Dave."  I knew he meant it.


I hate being an addict sometimes.  I hate the reality of what I have done but I know God is with us all - always.  Still, every silver lining does have a touch of grey.  We will get by.

It's a lesson to me, the ables, and the bakers, and the seas
The abc's we all must face, try to win a little grace.

It's a lesson to me, the deltas and the East and the freeze
The abc's we all think of, try to heed a little love.

I know the rent is in arrears, the dog has not been fed in years
It's even worse than it appears, but it's alright

Shoe is on the hand that fits, there's really nothing much to it
Whistle through your teeth and spit, but it's alright